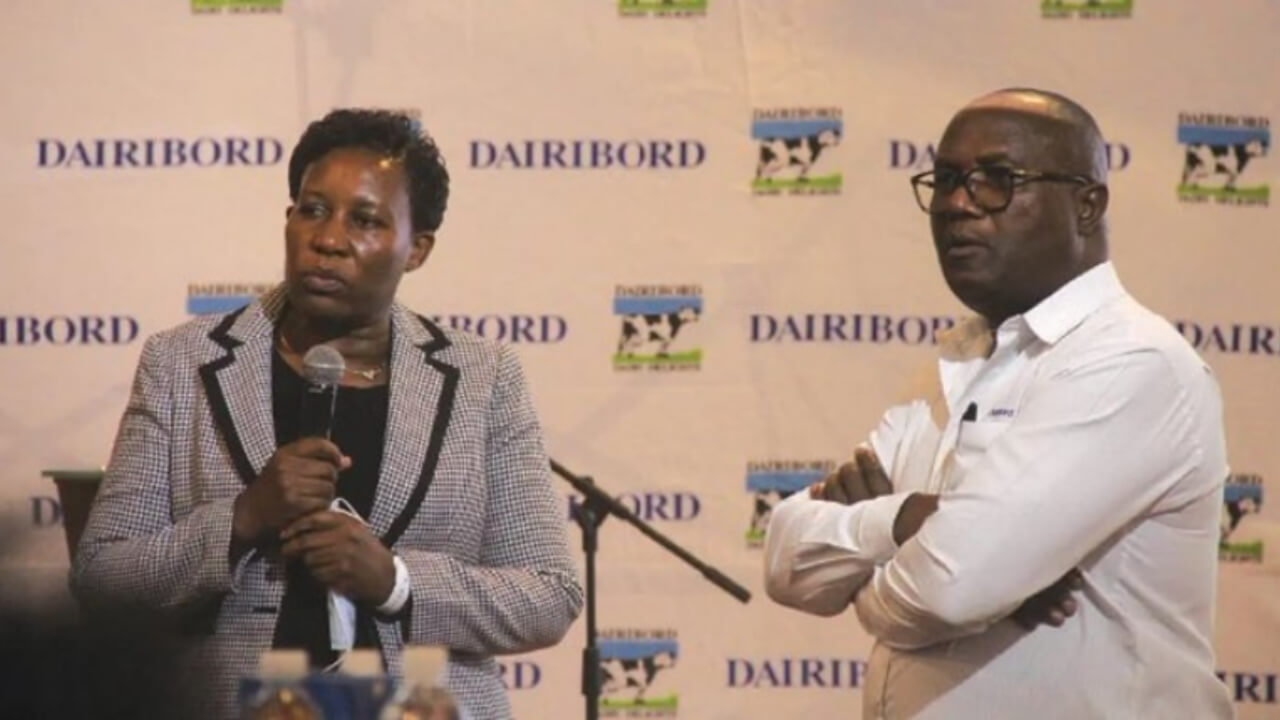 Anthony Mandiwanza retired as Dairibord Holdings Limited group after 43 years at the helm.

In a move that has been criticised by a prominent shareholder, Mandiwanza is set to be replaced by his alleged second wife Mercy Ndoro.

Mandiwanza is retiring from the company with effect from September 30, 2022, after serving Dairibord Holdings Limited group for 43 years.

Anthony Mandiwanza is accused of orchestrating the appointment of his alleged second wife.

Dairibord shareholder and former Institute of Directors board member Engineer Jacob Kudzayi Mutisi who is against the appointment of Ndoro as Mandiwanza’s successor has since issued a statement highlighting the irregularities associated with Ndoro’s appointment.

Kudzayi states that Ndoro’s appointment as the new Dairibord CEO is an act of nepotism and misconduct.  He adds that Mandiwanza should have known better given his experience.

Part of his statement reads:

We are the only country where shareholders are taken for fools. How in the world can a board allow the appointment of the former CEO’s second wife? Anthony Mandiwanza has appointed his second wife Mercy Ndoro as the CEO for Dairibord Zimbabwe which is an act of nepotism and a misconduct according to corporate rules.

As a former board member and chairman of Institute of Directors (IODZ), the home of corporate governance, Anthony should know better that these kinds of appointments are illegal.

Kudzayi requests an explanation from the Dairibord board on why they allowed Ndoro to take over as the new CEO adding that the company “is not a family business. It is a listed institution which should adhere to corporate governance and this kind of action does not reflect respect of the rules.”

He also requests that the Zimbabwe Stock Exchange investigate Ndoro’s appointment and charge the board of Dairibord with misconduct.

When Mandiwanza was contacted for comment by a local publication, he could neither confirm nor deny his alleged second wife’s appointment