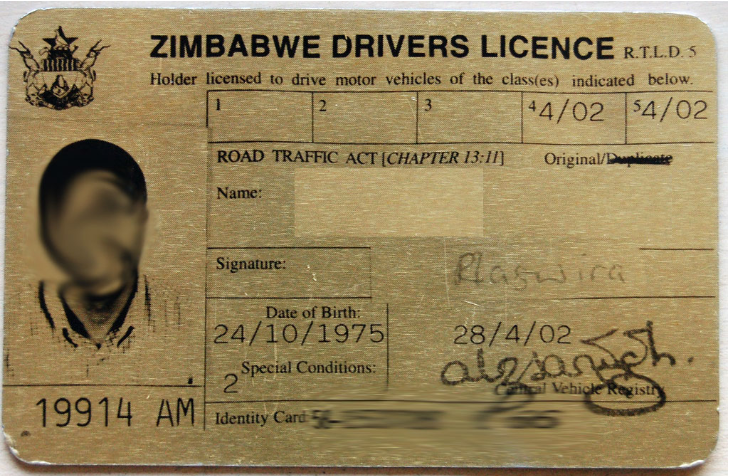 In a rather shocking development, it has been revealed that the government is only producing a meagre 48 driver’s licences per day. The number pales into insignificance if you consider that there are 150 000 new drivers currently waiting to get their metal driver’s licence disks.

This information was revealed by the Registrar of the Central Vehicle Registry, George Makoni. Makoni blamed the current situation on the crippling shortage of foreign currency. The registrar said that his department did not have the requisite foreign currency necessary to import the metal and the special inks from the United States of America.

As you may know, foreign currency is scarce and our Government has priority areas to disburse foreign currency to . . . It is not anyone’s fault, it is our situation as a country at the moment.

“Our department has 85 approved posts countrywide. Those 85 are responsible for making licences for all people in Zimbabwe, and not all of them are in production.

“All licences that we make are made using manual equipment. Our systems are not yet computerised. We are using old equipment which was acquired way back. At any given time, we can only produce 48 licences, while Vehicle Inspection Department is churning out 9 000 drivers monthly. From September 2018 up to now, those licences have not been made yet,”

The registrar also revealed that his department was on working on phasing out the metal driver’s licence discs in favour of plastic ones which are easier to make with locally available materials.

“There is a computerisation programme called Zimbabwe Information Management System which was approved in 2018. Hopefully, it will develop into smart driver’s licence to take over from the metal licence.”

The country also has a severe shortage of passports with a backlog of over 30 000 passports.  The government has since hiked passport fees in a bid to lessen the load.