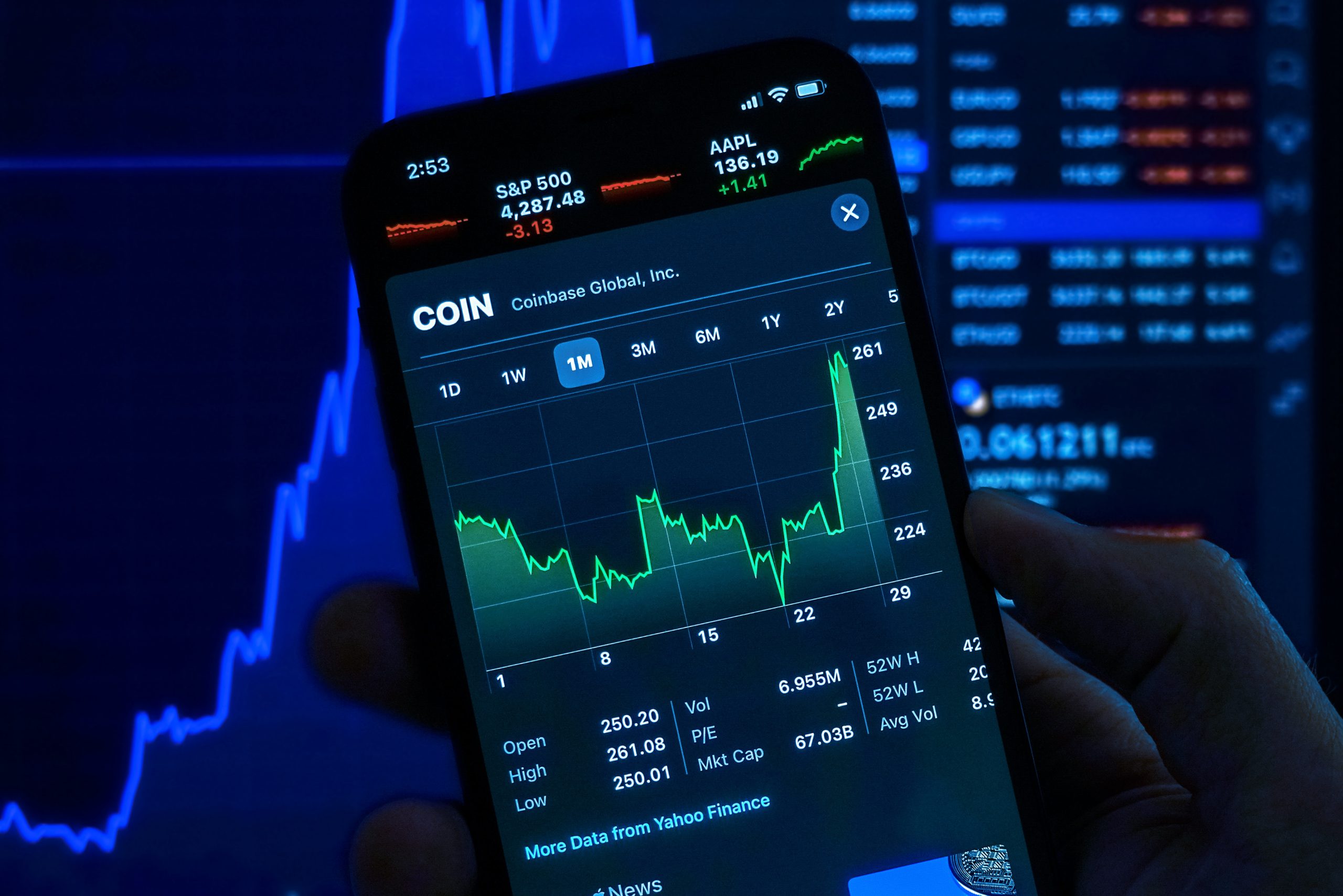 A Zimbabwean man has appealed for help from well-wishers after losing US$3500 in borrowed money on forex trading. The man is reported to have turned suicidal after losing all the money.

I have a case here of a suicidal man who borrowed $3500 to go into Forex Trading & lost it all. He is now in debt & at his wit’s end. I know what some will say, but these things happen, and I don’t think it’s worth his life. If there is anyone who wants to help him, please DM.

The guy has sent me all the info that I have asked to verify. Part of my heart was apprehensive but again it is not easy for men to cry for help. I know the guy will probably be watching this thread, so be a bit sensitive with your comments. 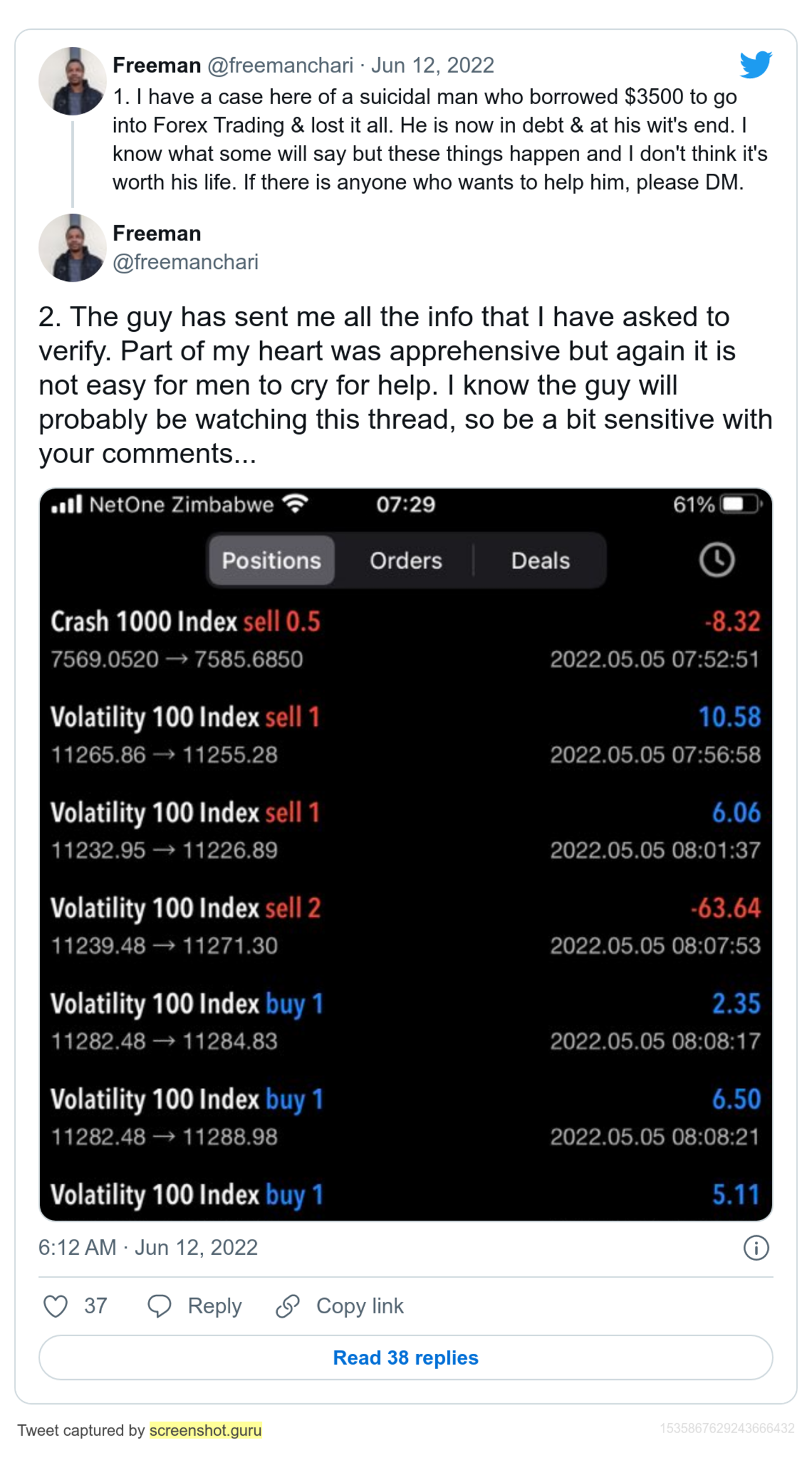 Reactions to the post appealing for help on behalf of the suicidal man were mixed.

Some people said that the trades showed that the man clearly had no idea what he was doing when he engaged in forex trading.

Others said his trades showed that he was only in forex trading to make a quick buck and expressed no sympathy for him.

Some other people said that donating would only serve to enable the hapless man. They argued that he needs to learn accountability and avoid get-rich-quick schemes.

They advised that instead of seeking donations, the man should devise a reasonable payment plan to pay back his creditor.

I repeat don’t give him money he will blow it again trying to recover,those synthetic indicies are highly volatile and highly manipulated. He must negotiate a payment plan with whoever he borrowed from. From the lost sizes there it shows He has no clue what he was doing.

If he thinks ending his life because he made a mistake jumping on to something he had no idea about then so be http://it.You are far too generous trying to help him.Just ask him to have a funeral policy to cover his funeral. We have groups for traders if he wants inbox.

We are all going through similar trials and tribulations, worse than his in fact. He must man up and face the consequences like a man!

If he had made thousands out of the deal, would he have informed us….maybe just through bling bling.

I think the best help we can provide is teach him accountability. He needs to use this as a lesson on how to handle money & effects of seeking instant wealth.

Once again, he is seeking a quick solution (Donations) when he should be taking full responsibility for his debts.

This was grossly reckless

Due to aggressive marketing campaigns, Forex Trading has been getting a lot of visibility in the last few years. Some people erroneously believe they can get rich quickly from trading in forex.

However, according to the financial media website Investopedia, Forex trading usually leads to massive losses and insolvency for many retailers.

“Can forex trading make you rich? Although our instinctive reaction to that question would be an unequivocal “No,” we should qualify that response. Forex trading may make you rich if you are a hedge fund with deep pockets or an unusually skilled currency trader. But for the average retail trader, rather than being an easy road to riches, forex trading can be a rocky highway to enormous losses and potential penury.”