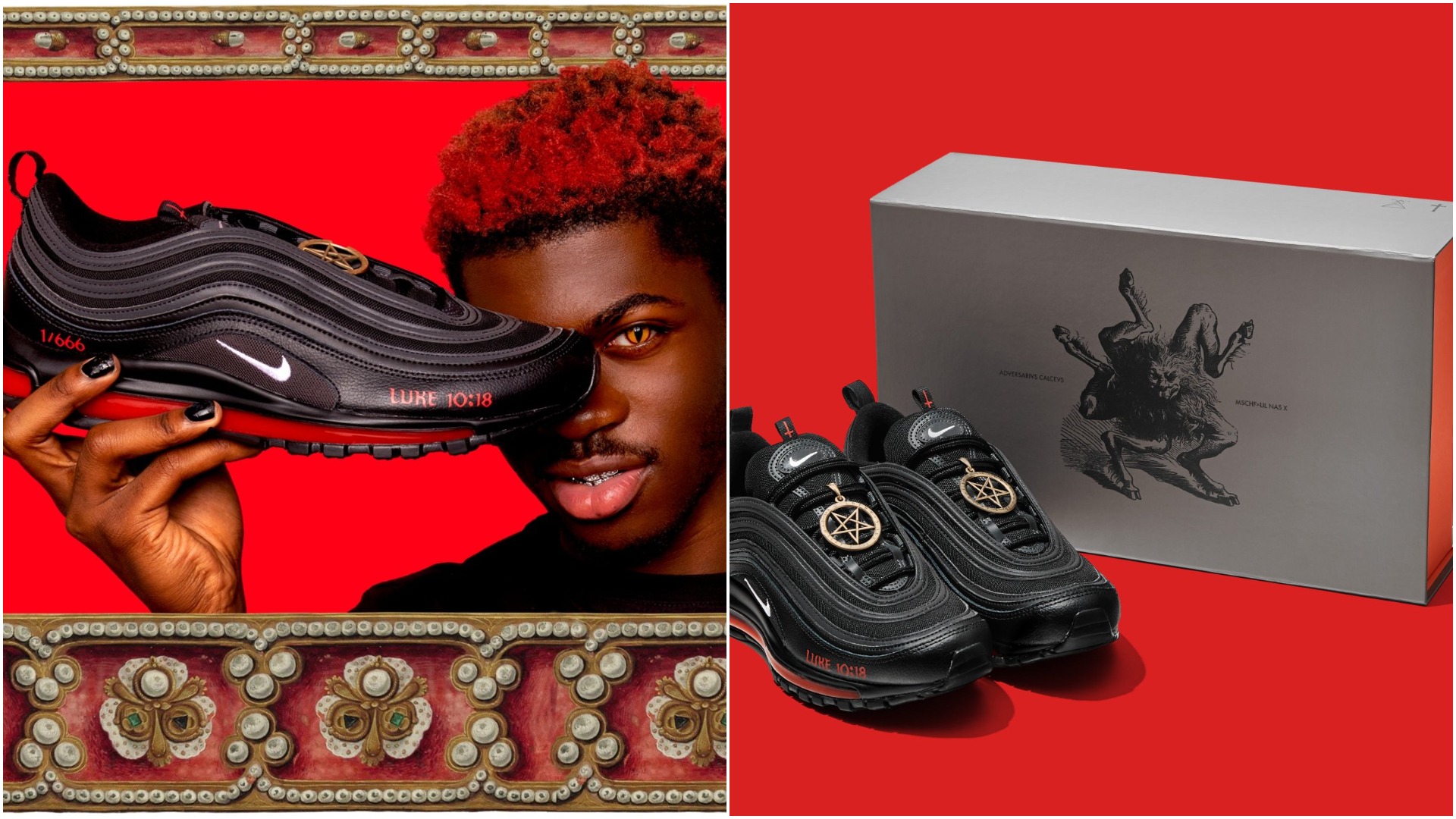 Nike has filed a lawsuit against a company that released the controversial and wildly popular “Satan Shoes” purported to contain a drop of human blood as part of a collaboration with “Old Town Road” rapper Lil Nas X.

The controversial sneakers are modified Nike Air Max 97s that contain red ink, “one drop of human blood” in the sole, a pentagram pendant and a reference to Luke 10:18, a Bible verse about Satan’s fall from heaven. The back of one shoe says “MSCHF” and the other says “Lil Nas X.”

The Satan Shoes were released on Monday by MSCHF, a New-York based company that said it is producing only 666 limited edition pairs.

Ironically, according to several media outlets the shoes sold out in less than one minute after being released despite costing US$1,018 per pair.

While the “Satan Shoes” have been a huge commercial success, Nike has received a lot of backlash from many people, particularly Christians, who erroneously believed that Nike was involved in the controversial devil themed sneakers.

The athletic shoe maker filed a lawsuit against MSCHF on Monday arguing that the company infringed on and diluted its trademark with the black-and-red, devil-themed shoes. However, Lil Nas X was not named as a defendant. Part of Nike’s lawsuit reads,

“In fact, there is already evidence of significant confusion and dilution occurring in the marketplace, including calls to boycott Nike in response to the launch of MSCHF’s Satan Shoes based on the mistaken belief that Nike has authorized or approved this product,”

Nike asked the court to immediately stop MSCHF from fulfilling orders for the shoes and requested a jury trial to seek damages.

After filing the lawsuit, Nike also released a statement in which it reiterated that it is in no way affiliated with the Satan Shoes.

“We don’t have any further details to share on pending legal matters. However, we can tell you we do not have a relationship with Lil Nas X or MSCHF.”

However, critics have accused Lil Nas X of using the Satan Shoes as a marketing gimmick for his music. The release of the Satan Shoes coincides with the 21-year-old Grammy-winning rapper’s latest single, “Montero (Call Me By Your Name).”

The music video for Montero has garnered more than 40 million views since its release on Friday. In the video, Lil Nas X’s character appears to have fallen into hell where he will be dancing suggestively and giving the devil a lap dance.