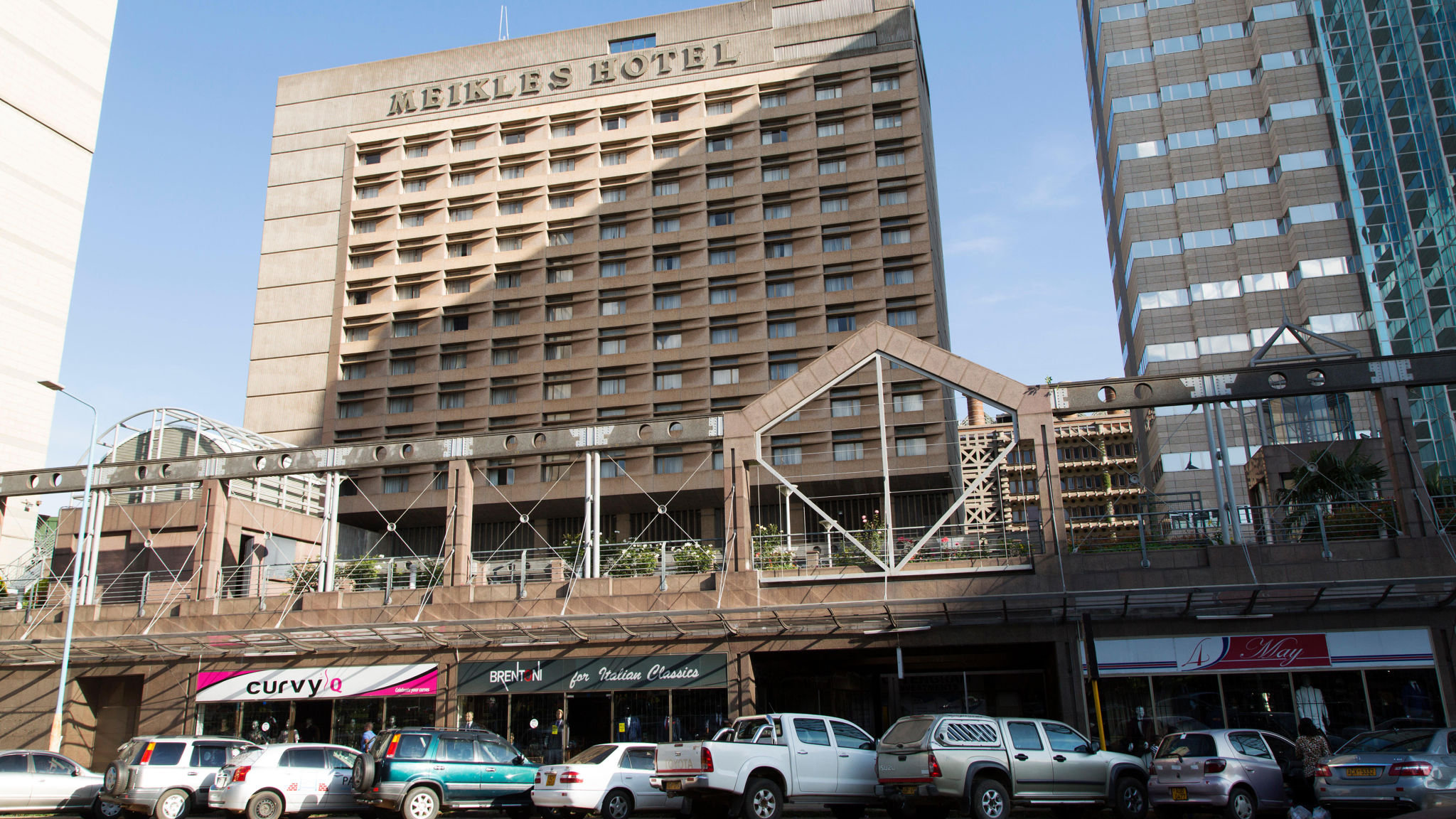 As a result of the fault, Meikles Hotel is unable to provide hot water as well as air conditioning for its guests.

The five-star hotel has been forced to undergo the ignominy of supplying its guests with buckets of hot water whenever they want to bath.

Meikles Hotel has been operating on generators since Saturday when the fault affected the capital’s CBD.

Please be advised that the hotel has been operating on generator power since Saturday, June 11th, 2022, due to a fault that developed within the CBD.

The Zimbabwe Electricity Supply Authority is working around the clock to try to fix the problem.

Considering the above, the air conditioning in the rooms a. public areas is not working, and there is no hot water.

If you require hot water for bathing, please contact our housekeeping department on extension 82, and a bucket will be delivered to you.

We sincerely apologize for the inconveniences caused. 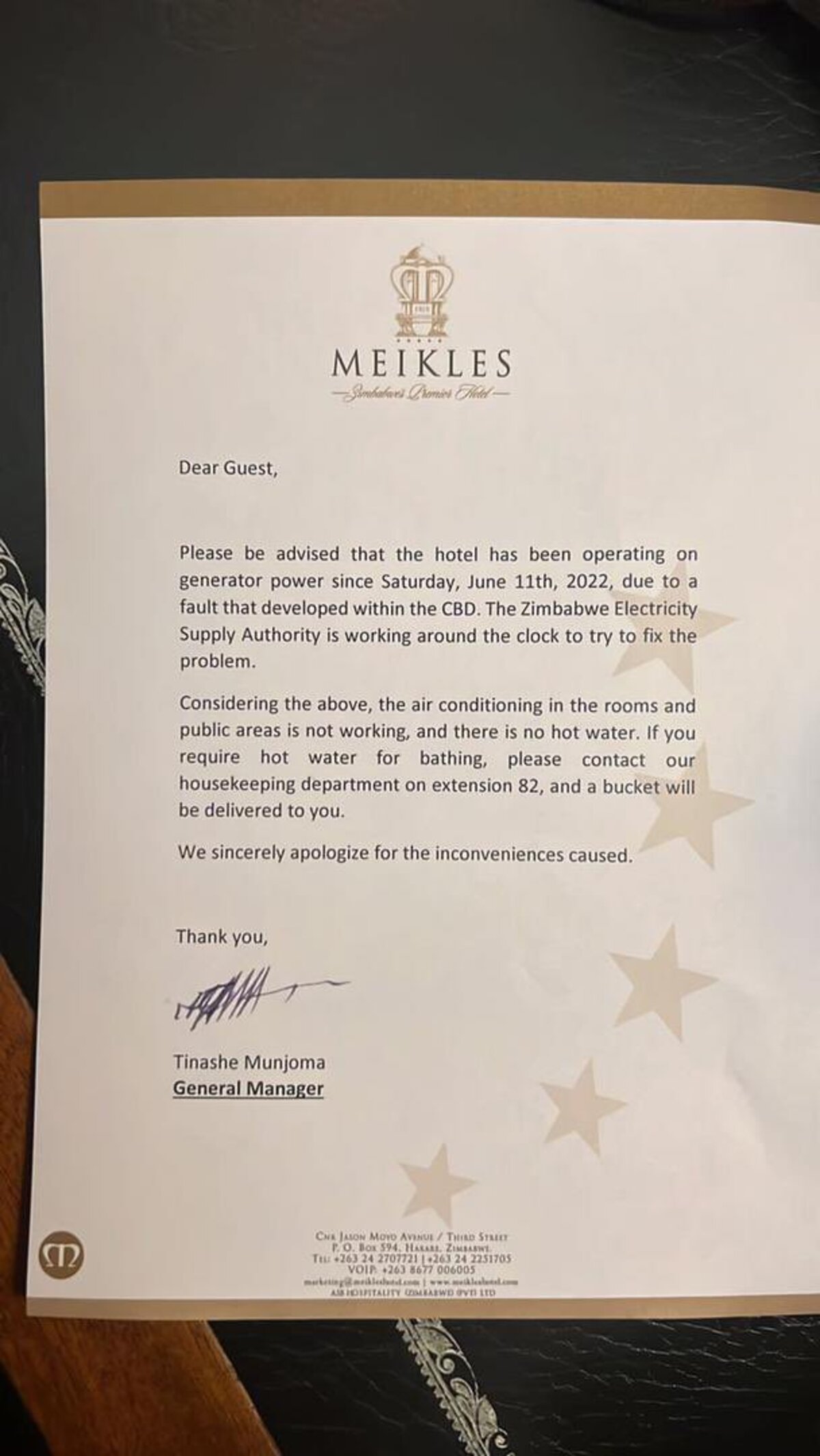 The Meikles Hotel was established in 1915 by one of the country’s first British colonisers.

Thomas Meikles established the hotel in what has now become the heart of Harare’s City Centre overlooking the Africa Unity Square.

The five-star hotel has social and cultural prominence as the premier hotel in Harare. The Meikles’ lobby is renowned as a meeting place for international business executives, dignitaries, leisure travellers and celebrities.

In February 2020, the Meikles Hotel was sold to the United Arab Emirates-headquarted Albwardy Investment LLC.

The hotel previously owned by the Moxon family through Zimbabwe Stock Exchange-listed entity- Meikles Limited was disposed  for US$20 million to ASB Hospitality Zimbabwe, a subsidiary company of Albwardy Investment