The Reserve Bank Of Zimbabwe (RBZ) has frozen the bank accounts of a firm which is allegedly involved in parallel market activities on the EcoCash platform.   The freezing of accounts comes a few hours after the central bank issued a strongly worded statement warning entities manipulating the foreign currency rates on the black market, euphemistically known as the parallel market.  This was after the foreign currency rates of the United States Dollar started rising in the last few days following almost four months of relative stability.  The rate for a single United States Dollar shot up to above 25 Zimbabwe Dollars this week.

We publish the full statement from the  Reserve Bank of Zimbabwe in its entirety below:

Earlier today, the Reserve Bank of Zimbabwe (“the Bank”) issued a statement raising its concern on the illegal activities of foreign exchange rate manipulators who have been engaging in activities that have exerted pressure on the exchange rate in the last few days.

The Bank escalated the matter to the Financial Intelligence Unit (‘FIU”) for investigation and the FIU has so far identified one entity (China Nanchang), which has used its bank account to inject millions of dollars into the parallel market in the last few days.

The FIU has ordered the freezing of the identified account pending further analysis and is undertaking ongoing surveillance to identify more culprits involved in the parallel market transactions, particularly on the Ecocash platform.

The Bank remains focused on its mandate to ensure market stability. To this end, the Bank will work closely with the FIU to identify and take appropriate action, in terms of the law, against any culprits involved in illicit foreign currency activities and manipulation of the foreign exchange rates. 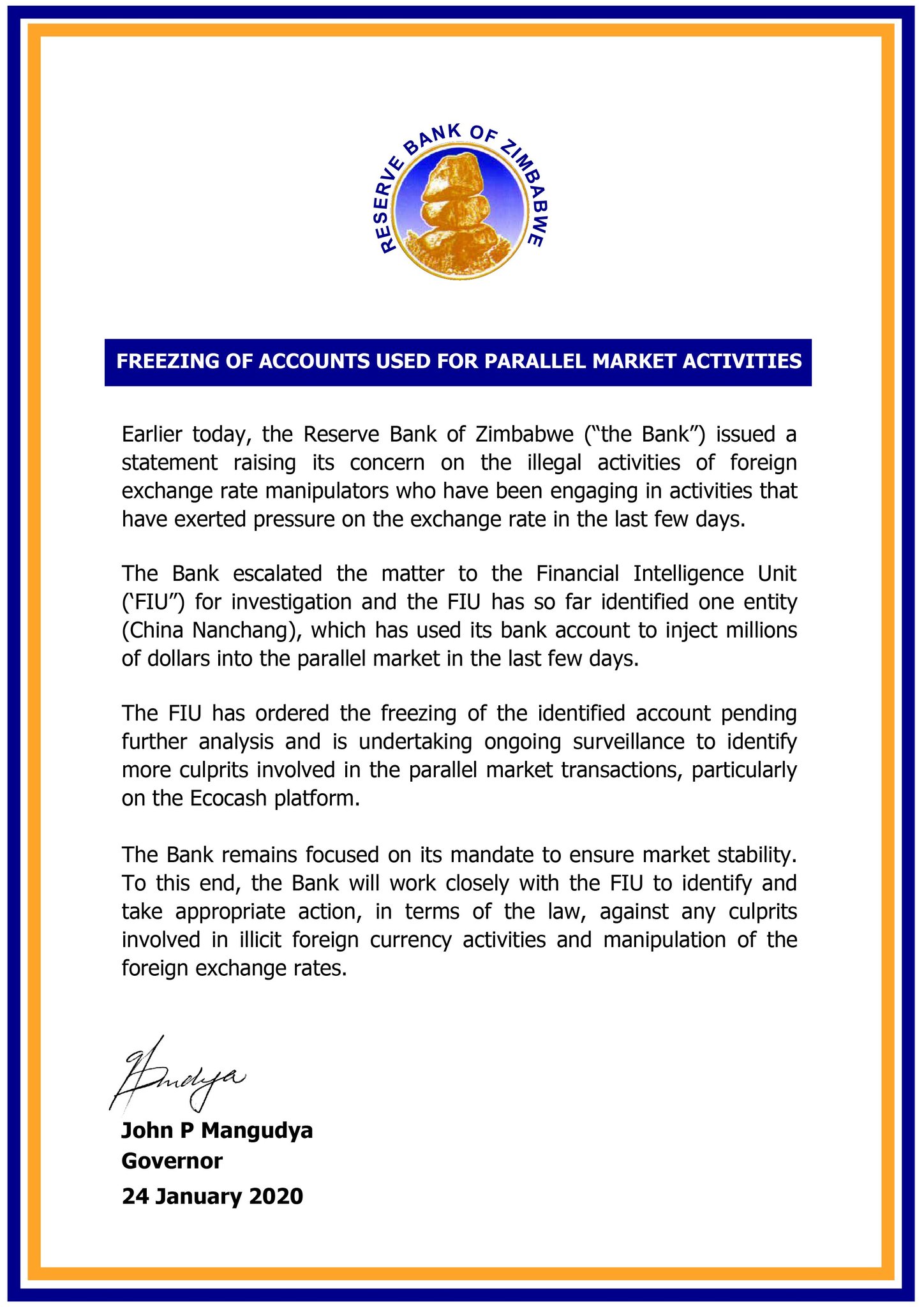