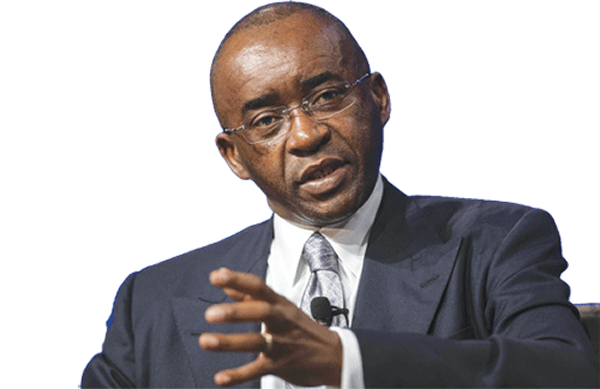 Zimbabwean business tycoon is failing to get interested buyers to take up 20% to 34% of his Liquid Telecommunications Holdings Ltd. shares for as much as $600 million in a bid to repay massive debt accumulated from a failed pay-Tv venture.

According to a Bloomberg report, company moles have disclosed that the billionaire is struggling to repay a $375-million loan that was backed by Public Investment Corp., the continent’s largest money manager based in South Africa.

It is understood that Strive Masiyiwa had initially offered PIC shares in Liquid Telecom as security for the loan, which had been acquired with Deutsche Bank AG.

Masiyiwa was planning to repay the debt from the proceeds of an initial public offering in Liquid Telecom, which was scrapped because of volatile equity markets.

However, due to coronavirus pandemic, business hasn’t been going well for the Zimbabwean billionaire who is failing to get potential investors to repay the debts.

Buyers wanted more time to assess the economic fallout of lockdowns to contain the virus on Africa’s economies, the reports say.

After recent developments in which PIC is demanding the issue be resolved by the end of August this year, the business tycoon would rather sell part of his 66% stake in Liquid Telecom than to surrender shares in the company at a discount to the PIC, one of the people who spoke to Bloomberg say.